Since 1889, The Boldt Company has stayed true to what Martin Boldt first set out to be—an honest and reliable contractor. Hard work, an innovative spirit, and a commitment to its values have helped The Boldt Company grow into one of the largest professional construction services firms in the United States. Today, Boldt is a fourth-generation family- and employee-owned company with a home base in Appleton, Wisconsin, and offices throughout the country.

“Having a visual tool where people who weren’t in the office with us all day, every day and couldn’t walk up to a physical board was beneficial because sometimes people only show up on Wednesdays, and then were not there the rest of the week. With Touchplan, they could hop on the internet and see where things stood.”

Building a Project 20 Years in the Making

The Boldt Company is building a new research facility for the University of California at San Francisco (UCSF) to house all its researchers on the Zuckerberg San Francisco General Hospital Campus under one roof. The project has been 20 years in the making; when complete, the new building will total over 200,000 SF and $176 Million.

With about 14 months left until completion, the construction team is utilizing Touchplan to help ensure they hit the completion deadline.

A project of this size and scope would require a large project team. Not just the team on the ground but other members (architects, engineers, MEP specialists, university members, etc.) that may not always be in the office or on-site but need easy access to the pull plans; and that is where Touchplan made perfect sense. The project began using Touchplan before the Covid Crisis, but the tool became even more essential once the pandemic hit due to web-based access.

“Having a visual tool where people who weren’t in the office with us all day, every day and couldn’t walk up to a physical board was beneficial because sometimes people only show up on Wednesdays, and then were not there the rest of the week,” stated Corrie Neuens, one of Boldt’s project managers. ‘With Touchplan, they could hop on the internet and see where things stood.”

Sarah Tenpas, one of Boldt’s Superintendents, added, “Having Touchplan allows us to take the planning board out to the field. We can meet in the trade trailer and work with partners and make changes. The other huge value-add with Touchplan is all those changes happen in real-time, so the entire team is updated immediately. having like that live real-time capacity and see that ticket move; it stimulated the pull plan and aligned with our Boldt process of both statusing automatically, or statusing in real-time and being able to do pull plans from wherever we are.”

Boldt is a traditional pull-planner in the sense that, before using Touchplan, they mainly used sticky notes. Boldt Sr. Project Manager Corrie Neuens had used Touchplan and suggested it to Superintendent Sarah Tenpas, who used other last-planner software in the past. After looking at several electronic options using the Choosing By Advantages (CBA) process, they chose Touchplan as they thought it was the best fit and the easiest to use and onboard all the specialty trades working on the project.

“As a new user, I thought the rollout process was very positive,” said Sarah Tenpas. “I appreciated weekly check-ins with the Touchplan’s Customer Success team, and they made sure we were doing ok. Touchplan also facilitated multiple onboardings for our team because we did have a lot of members. The experience was very positive as it made the entire project team learn how to use the tickets. I appreciated how Touchplan made our people actually put a ticket up there. Touchplan also helped facilitate one of our first pull plans in the product. That kind of help is invaluable.

Boldt has a culture where they encourage the construction teams to update their own activities on a project, and the training provided by Touchplan has allowed for less reminding by project managers and more updating by the team.”

The Early Part of Construction

Touchplan provided Boldt and the UCSF team advantages in the early parts of the construction. Touchplan was used by the team for construction support and was vital to identifying when long lead-time items needed to begin.

“The long lead items for procurement tickets were extremely helpful,” said Neuens. “You could drop a ticket in Touchplan that was 12 to 16 weeks long and then pull that back from when you needed them to start that activity and see very quickly that we should order that material now or it would be late. That was a lifesaver.”

Bringing Prefabrication Into The Mix

Touchplan is being used to track the enclosure of the new research building at UCSF with the help of the swimlane feature in Touchplan. The panels are being made off-site and then installed in phases or “wraps” to correspond to how they want to install them on the four sides of the building.

The building also has lots of architectural detail within the facade, which could have made it difficult for specialty trades such as glazers when it was time for their portion of the work. Adding swimlanes for each side of the building (north, south, east, and west) in Touchplan made a clear understanding of the work.

“When we broke the work down into sides and architectural features in Touchplan, the glazers had a visual understanding of the work and when they needed to be out in the field. Having this setup allowed him to keep tickets moving,” Alvear added.

The information that the Boldt Team has been able to look at in Touchplan has allowed them to compare progress vs. their master schedule and see if they are on track. But more importantly, it enables the Project team to easily identify variances and correct them.

“When I use the insights, I’m primarily looking at what were the reasons for variance so that we can focus on next week and make sure we were asking the right questions,” said Tenpas. “Do people have their material? Have you checked in with the person in front of you to ensure that they’re on track to be done with their work? Touchplan Insights helps us make sure there will be a reliable handoff amongst the trades.” 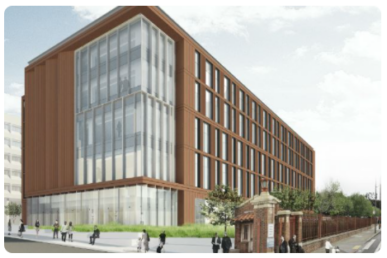 “The long lead items for procurement tickets were extremely helpful. You could drop a ticket in Touchplan that was 12 to 16 weeks long and then pull that back from when you needed them to start that activity and see very quickly that we should order that material now or it would be late. That was a lifesaver.”