Some of the Best Things Work In Pairs – Touchplan & Reality Capture+ 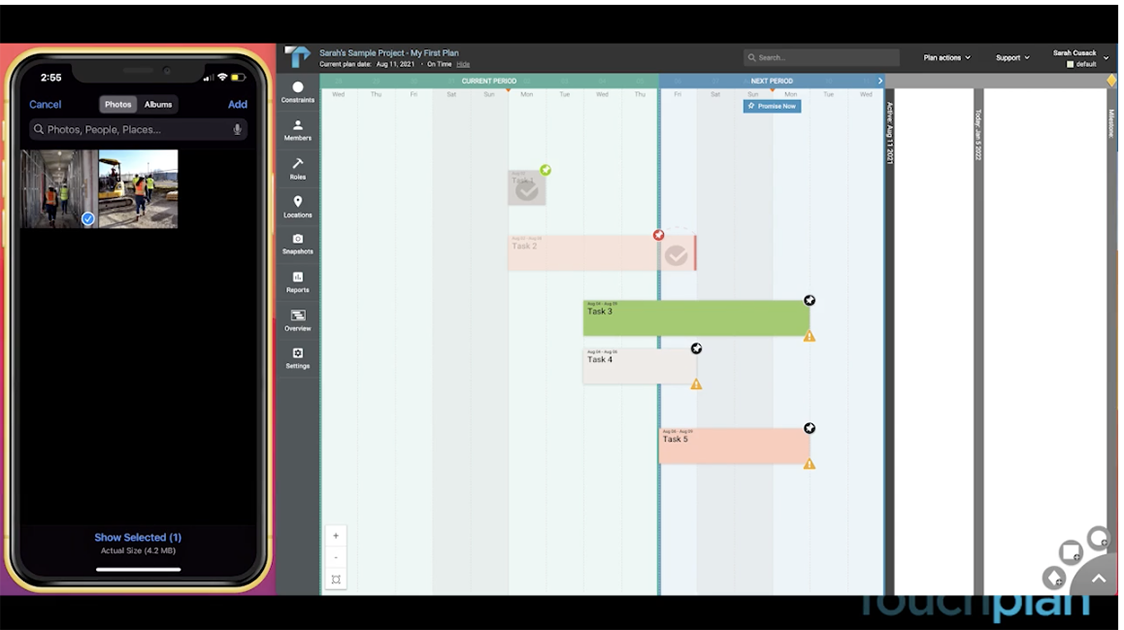 “The single biggest problem in communication is the illusion that it has taken place” – George Bernard Shaw.

Planning is excellent, but it is useless without effective communication. Think about a time when someone tried to explain something to you, and in return, all that person got was a glazed-over stare and a slow nod. If you did come around to understand what they were talking about, what made it possible?  I would venture to guess they either found a commonly understood phrase, location, terminology, or most likely a visual aide was involved.

I remember being completely lost in the lingo when I started working in construction. It made me feel pretty dumb. I had a technical background and had built several things on my own, but it took a while to get up to speed. In addition to a vast array of construction terms, each jobsite is typically broken up into areas corresponding to a particular work sequence.

For example, the main foyer of a high-rise might be ‘Area A,’ and the second-floor office spaces ‘Area B.’  I once worked on a construction site broken up into 16 separate areas for utility installation because ‘Southwest of the Building’ could mean a hundred different things.  If I were to tell a random person on the street that we need to finish installing the storm line in area 12 before moving on to sanitary sewer in area 15, they would look at me like I was crazy.  When it came to the utility crews I was working with, however, that was clear and concise communication.

How did that become possible? Trade leadership knew what I was talking about because I had posted a large, laminated map of the jobsite with an overlay of the work areas in our meeting room. The map worked just fine to assign areas of work, but I used drone footage almost exclusively for detailed coordination and planning future work. Despite the drone footage being updated bi-weekly, we all found that somewhat outdated drone footage with minimal clarity was far better than a laminated map and no comparison for discussion without a visual aid.

Photographic Memories Are Not Enough

I know a few superintendents who have photographic memories. They can give a detailed account of everything installed on a particular day just by walking the site.  For the rest of us and most of our trade partners, having a way to track daily progress with photos automatically is not only helpful but necessary.

It can be dangerous when two parties think they understand each other but are out of sync in reality. Having an updated visual representation of the jobsite is the best way to avoid this and give understanding to the whole team. Two of Touchplan’s technology partners, Oculo and OpenSpace, do this exceptionally well.

Above is a screenshot from OpenSpace. Imagine what you could bring to a planning meeting with up-to-date imagery at your fingertips. It is something that I would not run construction work without, especially on a large and complex project where even minutes of standby time due to poor communication can quickly snowball into significant schedule and budget impacts.

Don’t be that guy in the middle. I’ve certainly been guilty of it. Make informed decisions from common ground based on up-to-date and accurate information.  You won’t have to worry about buy-in when we are all speaking the same language.

“The less people know, the more they yell” – Seth Godin.

< To be Effective Coaches, We Should Focus on Being Effective Learners A New Look at Mobile Planning >