When LPS is implemented properly, trades arrive to work sites able to get to work without team coordination delays. 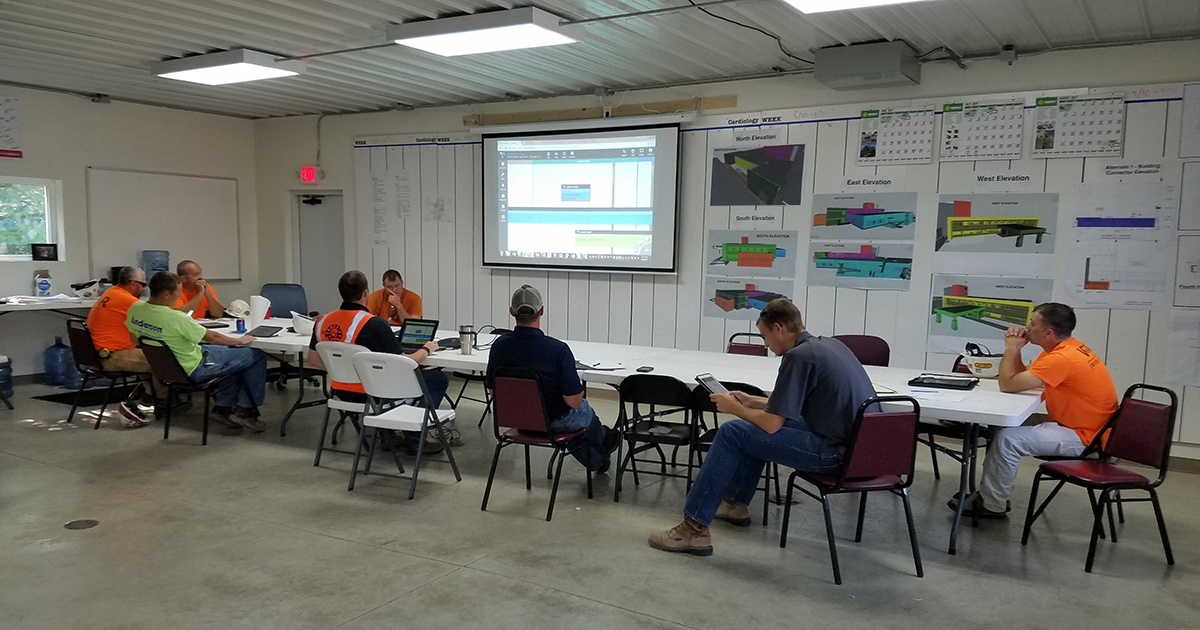 I talked to Touchplan President Michael Carr to learn more about why Lean construction companies are transitioning to digital implementations of the Last Planner® System. Read on to find out what benefits these contractors are experiencing and how going digital can help your teams increase their efficiency in pull planning meetings and on the jobsite.

Katherine Van Adzin: To start off, can you explain what pull planning is? How is it different from a master schedule?

Pull planning is a technique of the Last Planner® System, or LPS. Pull planning is used to schedule out the individual phases. It’s where the details get added with the last planners (the teams who’ll be doing the work) working backwards from the phase milestone asking the question, “What is the last thing that needs to be done so that we can achieve this milestone? And, what are the things that need to be done so that we can start the last things?”

Pull planning can also be used to do commitment planning, and even support master planning.

MC: Sticky notes were introduced when Lean principles took off in the construction industry. Sticky notes are much easier to modify and change when compared to critical path method schedules.

The problem is that traditional CPM scheduling doesn’t capture the level of detail these last planners need to think about, and even if someone did take the time to load all the details in, CPM schedules are still too rigid and difficult for last planners to modify to accommodate real-world events and changes that need to be addressed. Still, last planners need some kind of plan to get their work done. They either do it siloed and in their heads, or they do it together and out in the open. The Last Planner® System of course is all about having them do it together in the open.

KV: What are the benefits of adopting a digital LPS tool?

MC: The analog approach with sticky notes relies heavily on people and their time. Success or failure is highly dependent on the facilitator’s ability to have the team adhere to the process. It’s also more difficult to implement the more people are involved. And because of the complexity of the resulting plans, doing any kind of analysis or measuring to learn from and improve the plan requires that the results be somehow loaded in a computer. Having a few people load the data in on behalf of the rest of the team duplicates effort and disconnects the last planners from their plan, giving them the ability to say, “That’s not what I said or agreed to. You captured it wrong.”

Giving the last planners the ability to load their own work in eliminates the “lost in translation” effect. It also eliminates any back-and-forth conversations related to what was or wasn’t said. It cuts waste out of the meetings so teams can spend their time strategizing instead of rehashing the conversations they’ve already had.

When LPS is implemented properly, trades arrive to work sites able to get to work right away. In traditional construction, as much as half of the time a trade will show up to an area and be unable to start because the team in front is still in the way. LPS squeezes that waste out of the system.

KV: How do these benefits change the way a contractor operates?

MC: So, apart from all the obvious efficiency benefits, there are even bigger benefits you can’t ever get unless you go digital. A big one is standardization, meaning that you can expect all your teams to derive benefit from LPS, not just the good ones. It also gives you visibility into how well LPS is being implemented across all your projects. This visibility enables you to give individual projects—and people—the right kind of attention based on what they’re doing well (or where they’re struggling) to help them get even better at using LPS. It also eliminates human error (and bias) in reporting of the results so you get a better understanding of just how well (or not so well) things are going on all your projects.

Finally, Last Planner® metrics like Percent Plan Complete (PPC) or Tasks Made Ready (TMR) are leading indicators, so getting them in real time gives managers the maximum ability to identify issues early and head off any problems before things get out of hand. There’s no way to effectively implement LPS across an entire organization without going digital.

KV: What other business challenges can this alleviate?

MC: The labor shortage is something that a lot of people in the field are grappling with right now. If you’re a senior leader worried about labor shortages affecting your projects and you can improve efficiencies on your projects to get more done with fewer people, then having a system that gives you visibility into which projects are getting the efficiency benefits and which aren’t is invaluable.

KV: What do you predict for the industry’s future as digital tools catch on?

MC: In short, the old way of doing business will become obsolete. Project teams will be better informed, better coordinated and capable of achieving far greater efficiency with the same or fewer people. It will become harder to play games with numbers and operate in the shadows. Bad actors will be exposed by their own actions and will lose out. Team members that collaborate and work together in the interest of the project will find it easier to do so and will be rewarded handsomely for it.